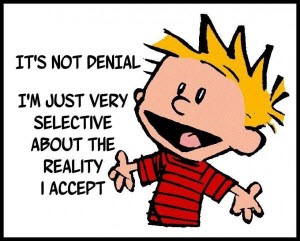 I just finished reading a book that I bought years ago and was sitting unread on my bookshelf: Bertrand Russell’s America. Those of you who are as old as I am might remember Uncle Bertie. Here’s a quick bio:

Lord Bertrand Russell – his title goes back to the Tudor dynasty – was a British philosopher, logician, mathematician, historian, social critic and political activist. In 1950, he won the Nobel Prize for literature. But here in America, he is known for his outspoken opposition to many of our national faults. And for the most part, he was right.

In the 1940’s and 1950’s, one of his major efforts was exposing McCarthyism and the political repression and fear campaign that spread paranoia throughout America. McCarthyism is recognized as a dark and destructive episode in our history now. (By most folks … but not all folks … that’s the problem.) At the time, Russell was condemned by virtually every institution in America from newspapers to government to academics as a tool of the evil red empire. If Russell had been matched against Satan in a popularity poll, Satan would have won.

Although we now see McCarthy and his movement more clearly for what they were, we still haven’t faced up to why we were so wrong. It happened because we let emotion rule our judgment instead of reason. In his letters and articles (which America couldn’t stop because he didn’t live here, although American media did a good job of marginalizing him), Russell thoroughly documented why McCarthy was wrong. People didn’t listen. That’s denial. (But see the note below.)

At the same time, Russell told us why America was stopping the world from backing away from nuclear destruction. And he was right again. Russia was always willing to negotiate an equal nuclear arms agreement. They weren’t willing to surrender.

Russell explained to the whole world how America was the aggressor in Cuba. In 1961, America equipped and supported an invasion of Cuba. (On 15 April, eight CIA-supplied B-26 bombers attacked Cuban air fields and returned to the U.S.) In 1962, America brought the whole world to the brink of nuclear war because Castro, driven into the arms of the USSR by American aggression, decided to allow nuclear missiles to be based in Cuba. It’s worth remembering that America had nuclear missiles on Russia’s borders in Turkey and on many Polaris submarines. Castro offered to allow independent inspection of all of Cuba if America would allow inspection of the invasion bases in southern US states.

Russell may be remembered most for his stand against American aggression in Vietnam. That remains the most recent and most glaring example of American denial. An outgrowth of American paranoia about communism, the Vietnam War never needed to happen. The result for America was the death of over 55,000 of our own young men and women and hundreds of thousands of Vietnamese, Laotians, and Cambodians; not to mention the billions that the war cost. We gained nothing; nothing at all; and we lost so very much.

I could go into the lies and deceit in the Vietnam War, but if you don’t know already, then you’re part of the problem. Documenting the lies isn’t what this article is about. It’s about how America desperately needs to face our national disease of denial before we can recover from it.

In 1970, Russell died and so he wasn’t around to tell the world about how an army officer named Saddam Hussain rose to power as a result of an American co-sponsored military coup in Iraq – Britain was the other complicit power – which eventually resulted in a war that sacrificed, not billions, but trillions in national treasure and another generation of young men and women.

We’re not learning from our mistakes. We will keep making the same mistakes until we face them. Psychologists are united in saying that as long as someone continues to deny responsibility for problems, that person can’t change and the problem will keep coming back, again and again. I think it’s the same with nations.

The best thing we could do as a nation would be to admit that we have a serious problem with military aggression that could be fatal to us and the rest of the world and start the long road to recovery.

Russell was also a big defender of Julius and Ethel Rosenberg, who were convicted and fried in the electric chair for spy activities. (Literally. Ethel Rosenburg’s head started to smoke before it was over.) And of Morton Sobell, who served 17 years of a prison sentence. Bertrand Russell’s America was published a decade before we discovered that they were guilty after all! Sobell confessed to a New York Times reporter shortly before his death and information from the former Soviet Union after the breakup confirmed it.

But Russell’s very logical point was not that they were innocent; it was that they never received a fair trial. And that remains true.