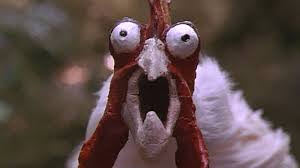 You just don’t know what kind of fun you can have when you go to these meetings! For example, as a result of attending this one, I got to chase a chicken around the cactus along with Mark and Garon (one of our police). Matt Raynor asked Mark why the chicken crossed the road. Mark said it was to avoid going to the SWAB meeting.

This was an unusual event. The Board didn’t meet at all in 2013 and only twice in 2012.  (And one of those meetings doesn’t have recorded minutes. A LOT of business gets done in this town informally. That’s one reason I started this website. I think everyone deserves to know what’s going on.) On Wednesday, three important items were on the agenda.

———–
Note: See Fay Cope’s comment below. The missing minutes have been restored.
———-

Most folks here probably know that the majority of the town’s culinary water, as well as the water used for a lot of lawns and pastures, comes from a diversion on the Virgin River. The Park has also used our diversion to get their water from the Virgin. A while back, the Park decided that they wanted their own pipeline and diversion rather than using ours, so they had a contractor building one. Well, as these things go, they nicked our pipe. That normally wouldn’t be a serious problem to fix, but when they started working on repairing the damage, they discovered that our pipe, which has been there in the ground for some thirty years, was full of sediment to the point that they decided it had to be cleaned. As Stan pointed out, the danger was that the pipe wouldn’t deliver enough water during peak summer use and leave the town without water when they need it the most. The town doesn’t intend to take that risk and they intend to move ahead with the project.

There was a lot of discussion about what caused the pipe to fill with sediment. The conclusion was that nobody really knows. Most believe that it has a lot to do with the fact that the river is really low now. Before they nicked the pipe and looked at it, they didn’t know that it was that full of sediment. They had “flow issues” at the pump house last fall that started to affect the town’s ability to provide culinary water to the town. They now believe that those flow issues were related to all of the sand in the pipeline. They tried a lot of things to clean the pipe, they considered a lot of alternative ways to do it, and they chewed up a lot of meeting time talking about it, but the only thing that seemed to work was to put in manholes that will allow sand to be taken out of the pipe through the manhole. So that’s what they did.

Two manholes have already been installed and about 1,500 feet of the pipe have been cleaned. Rick said that they managed to clean 98 percent of the sediment. Rick had the plans available showing that seven more would be needed for a total of nine.

Then they got to the sticky part: paying for it. The irrigation company representatives were very keen to figure that out. The town diverted funds from another account to do the first two. They cost $10,000 each so they’re planning on the whole project costing about $90,000.

There was some discussion about whether this was “routine maintenance” or not. It would have made a difference in how the cost was shared. But Mark had read the contract. He pointed out that the actual language of the contract stated that the 66/34 percent cost sharing would apply for, “any improvements, replacements, or extraordinary system costs beyond the annual operation and maintenance”. That sort of ended the discussion.

Just by way of comparison, the operating budget of the irrigation company is only about $20,000 a year. (Well … Everybody there seemed to be aware of some extraordinary legal expenses recently. Allan described it as a “fiasco”. I don’t know a thing about it. Maybe someone will leave a comment and fill in the details.) The town would provide the funding initially and the irrigation company would have to pay back the loan. The irrigation pipeline cost half a million initially and the town and the irrigation company were able to work out a deal to pay for that. Allan made the commonsense observation that the people who live and do business in Springdale would pay for it, one way or another. It was just a question of which pocket it came out of.

Brent said that the irrigation company would have to meet as a Board and consult their members about it.

Compliance with the Irrigation Schedule

Springdale has tried hard to keep a “local flavor” to businesses in town. The “compliance” item was on the agenda for one reason and it is a great example of why local people and local business makes sense for Springdale.

The Hampton Inn uses irrigation water for the vast expanse of lawn in front. But they don’t seem to want to play by the same rules the rest of us follow. Robby, our watermaster, said that he had talked to them a lot about it, but they don’t seem to get the message. This is just me, but I think that’s probably because the people running the Hampton are corporate people, not Springdale people. (A response from Hampton about this would be great!) After consulting the irrigation company rulebook and talking about it, they decided to move to step two: a formal written warning. In Step Three, we cut off their water and it takes a formal act of members of the Board to turn it back on again.

The Contract between Springdale and the Irrigation Company

For much of the meeting, this was the elephant in the room. The contract is thirty years old and most of the specific things that were covered (construction and ownership of the pipeline) will be complete in 2014. There was a lot of motivation on the part of the irrigation company board members to renegotiate the contract. A $90,000 bill is a great motivator. The Springdale members said that would have to be considered by the town council.

At this point, Brent asked if any of us listening had any comments. …  I did.

First, I asked Rick if cost sharing arrangement was part of the contract and he confirmed that it was. I pointed out that even if building and paying for the pipeline was complete, the cost sharing was still as valid as it ever was and there was no real reason that I could see to change it now.

I hope the members of the town council are reading this. I’ll be looking for this on their agenda now.