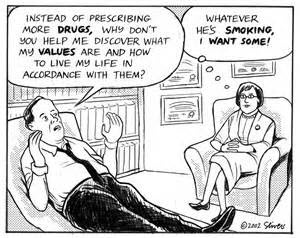 To me, this was a generic statement about something everybody does, like breathing. “I breathe. They breathe. You breathe. Everybody breathes. It’s a condition of life.” But my friend took it as an accusation; that the values of others had been ignored or disregarded. Nothing could have been further from what I intended.

(Being misinterpreted might be the most discouraging thing that happens to me in my quest for “public and accountable” communication. To my great distress, it does happen a lot. I read and re-read everything I post over and over to try to ensure that what I’m trying to say is what the text actually does say. It doesn’t bother me a bit when people disagree with me. But it bothers me a lot when they don’t understand me.)

In that same email, I wrote, “When we start to think that (to borrow from Gullivar’s Travels) breaking your eggs on the wrong end is grounds for a war, then we have a problem.”

(For those who think that Gullivar’s Travels is about a guy named Gullivar and little tiny people, it’s really biting sarcasm about values. The little people were fighting a full scale war and killing each other over which end of a soft boiled egg to break. It’s amazing to me that Jonathan Swift, the author, got away with some of the things he wrote without being burnt at the stake.)

That’s the problem with values. Everybody thinks their own are somehow automatically superior to everybody else’s values.

The Bible actually has something to say about this. In Romans, the English Standard version states:

Hey!! Roxy and I have been vegetarians for thirty years! Who you calling, “weak”, Bub? Isn’t that passing judgment on vegetarians?

Dietary laws are one of the most common ways that cultures discriminate against each other. One group doesn’t eat pork. Another abstains from shellfish. I’ve even heard of a weird group that doesn’t drink coffee.

It can get serious! The Rebellion of 1857 in India was caused when “soldiers were asked to bite off the paper cartridges for their rifles which were greased with animal fat, namely beef and pork. This was, and is, against the religious beliefs of Hindus and Muslims.” (Wikipedia) More than more than 100,000 Indians were killed in that rebellion.

The point is that values don’t really have to make sense, but they’re deadly real and we all have them. We couldn’t exist without some internal code to guide our daily lives. But trouble always erupts when we think that our own values have to be followed by others.

When the United States of America was born in 1787, the value of “property rights” overruled “human rights” because some humans were property at the time. The value of maintaining a sexual hierarchy overruled a value of women’s rights for a long time too. The value that only a traditional marriage between a man and a woman should be allowed was supreme until very recently, but that value is crumbling right now and won’t last much longer.

Academic philosophers call this whole discussion “moral relativism”. “Moral relativism holds that because nobody is right or wrong, we ought to tolerate the behavior of others even when we disagree about the morality of it.” (Wikipedia)

Should we really? The German Nazis had a value that racial purity – THEIR racial purity – had such a high value that it justified genocide of millions. Should we have simply tolerated that value? We did tolerate it more recently in Uganda. The answers are not easy.

Closer to home, I wrote a Sunday Sermon about the value of native plants and animals: If It Lives Here, Then It Belongs Here. I know that some of the values I suggested clash strongly with deeply held values of some of my closest friends here. My point in writing that article, and this one, is not to say that my values are superior to theirs. My point is that we ought to think about values rather than just accepting whatever we happen to hold dear in our hearts. Maybe what we hold dear isn’t really such a good idea after all. Maybe it’s just something that we learned early in life and never questioned. Maybe it’s something that we were talked into but it really isn’t good for us.

Americans generally believe in the value, “bacteria – bad; antiseptic – good”. We were sold that value by people who want us to buy stuff. Now they’re selling us other stuff – probiotic yogurt; digestive supplements – that exactly reverses the value. Now, we’re being told, “bacteria – good”. Health science is discovering that a dirty, germ-filled childhood is necessary for a vigorous adult immune system. We’re learning that the antiseptics we are being sold in thousands of products are breeding superbugs that can kill us. It’s a value that we were talked into by clever advertising, but maybe it really isn’t good for us.

One thought on “Sunday Sermon: Values! Everybody’s Got ‘Em!”