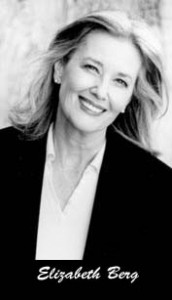 I have to admit that I was biased against The Year of Pleasures when I started reading it. Men are supposed to dislike sentimental books about feelings and emotions. I felt that the author, Elizabeth Berg, was selling something because she is a seasoned professional and it didn’t seem like this book had to be something she cared deeply about. It seemed just as likely to be a book she wrote to make money from a reliable, targeted audience: women. I still suspect that it is a book based partly, if not completely, on the goal: “What will get me on the New York Times Bestseller list?” There is an air of unreality that I just can’t shake. The publisher lists sixteen other books and a lot of them have the same kind of schmaltzy titles: “The Art of Mending,” “The Pull of the Moon.”

“Pull of the Moon,” indeed! That is 1.1 × 10−7 times the Earth’s gravitational acceleration along the Earth-Moon axis. That’s a man’s answer!

The unreality of the book is reflected in what the characters do. Betta develops a roll of film at a one-hour photo shop. In 2005, they didn’t exist anymore. (And don’t tell me that the book was written for an earlier time. Airline security is described faithfully for 2005 – something Berg probably knows a lot about as a professional author.) The favorite food of the ten year old son of a struggling single mom is prime rib with a nice Ceasar salad. And why is Lydia in a rattletrap rest home when she owns a $350,000 house … and Betta pays her cash for it?

The whole concept of fiction is based on the reader giving in to a willing suspension of disbelief. International spies are not really like James Bond. The West was not really filled with gunslingers. We know this and we forgive the writer for a time so that we can wallow in the imagined pleasures of Pussy Galore and the steely honor of John Wayne. Is this book really intended to be a print version of an afternoon soap opera? Or is it supposed to be a realistic and penetrating insight into relationships, loss, and friendship. I can’t decide. I still don’t know. But a big part of me is saying, “This book appeals to some women like a Victoria’s Secret catalog appeals to some men. Both have the same relationship to reality. The real world is nothing like that.”

Most of the single characters in the book lost their life partners to an untimely death (Betta, Tom, Lydia, Delores) … and not to a messy divorce. In the real world, divorce is far more likely if someone is single. The message is that people are just unlucky. They’re not responsible for their own problems. The one college friend who remains tied to a spouse (Maddy) doesn’t mention him until past the three-quarters mark in the book and agrees to jump into a business partnership on the other side of the country without even wondering whether he has an opinion about it. That isn’t real-world either. Benny’s mother, who sleeps around every Wednesday and got pregnant in high school, is a much more compelling and true-to-life character for me.

But of course, one definition of “professional” is that you’re good at what you do. Berg is good at what she does. I found myself drawn in by the imaginative descriptions and compelling characters. To tell the truth, I found myself wishing that I could write like that. In that sense, The Year of Pleasures is like James Bond and John Wayne. It’s a good wallow in a world that doesn’t exist. And who doesn’t like a good wallow? At the end, I had to admit that reading this book was a much better way to spend an afternoon than watching television.

In the acknowledgements, Berg thanks eleven women and one man – her husband – for helping her write the book. She thanks her husband with this beautifully written sentiment:

Bill Young, my life partner, who shares it all with me … always and forever.

According to her web site, she is now divorced.