It’s good that we haven’t had a fire yet here in ZiCC. Congratulations to the Springdale town council for passing a really tough ordinance about open fires and fireworks. (See this link, this link, and this link. Great poster, by the way!)

A sincere “Thank You” and sympathy for Kathy as she resigns from the council for personal reasons. Hopefully, Stan will be able to find someone with just a fraction of the dedication and heart that she gave to Springdale and ZiCC.

But that isn’t what this article is about. This is about the message from Mayor Stan in the community newsletter circulated with our utility bills. The featured item is an announcement from Mayor Stan about the possibility of getting fiber optic technology in Springdale. I think I have a special perspective to comment about this:

First, let me congratulate Mayor Stan again – as I have in the past – for his proactive work to upgrade the Internet service we get in Springdale. Good on ya, Stan! The Internet is “communication” and that’s something we need a lot more of in ZiCC. The role of government is to take care of shared needs and this is a prime example. It’s a great thing to go after.

I have a lot of concerns and questions about what “might” be happening in the present proposal. I say, “might” because I don’t know. Stan certainly hasn’t asked me about it. (And he hasn’t commented in any way to the questions I have published on this website.) In my “Goodbye” message, I point out that Springdale is run by a small group of less than a dozen people. I’m guessing that only a subset of that small group actually knows what’s going on here. I certainly don’t.

(Trivia Note: If more than Stan, Rick, Tom, and one other town official knows, then it’s a violation of the Utah open meetings act because it certainly hasn’t been part of town council meetings.)

Stan’s closing statement is, “Rick, Tom, and I are available to answer questions …” That’s not good enough, Stan. (It would be fitting punishment if everybody in ZiCC were to call them all on the phone … and send a dozen emails … with a whole bunch of miscellaneous questions. But not even I am mean enough to wish that.) The problem is the continuing error of keeping information tied up in little cliques. Stan, Rick, and Tom can say one thing to one person and something different to the next person. (Not that they do … but they could. We just don’t know, do we? The concept is called, “public and accountable”. Look it up in Websters. There’s no record of what they said and therefore no accountability.) If they were to really try to get complete information out one-on-one — even to just the taxpaying residents of Springdale — they would do nothing else all day long. So they’re depending on only a few people taking the trouble to actually ask. (I’m hereby inventing the term, “clique communication” for the mistake that Springdale makes in keeping information that we should all know tied up in little privileged groups.)

Stan’s message in the town newsletter is a good example. What Stan doesn’t tell us is far more significant than what he does tell us. Here’s just some of what he didn’t tell us.

And I’m sure that there are questions that haven’t occurred to me yet. That’s the whole point. This is a complex and uncertain thing we’re thinking of doing. A lot of other cities have dumped literally billions of dollars into communications black holes. San Francisco, Philadelphia, and Orem, Utah were early disasters. I can remember dumping some of my own investment dollars into a technology that evaporated into thin air.

Stan promised another “survey” to see if we want to pay for fiber to everyone’s property, or just fiber on SR9. (If the town pays the same amount of attention to this survey that they paid to the last one, I don’t have a good feeling about it. We gave them the wrong answers last time, so they have stopped talking about it.) It’s a good question, Stan. But it’s the tail end of a long process and woefully incomplete. Here’s the answer anyway.

The primary people … almost the exclusive people … who would benefit from fiber that is only installed on SR9 are the people making LOTS AND LOTS OF MONEY on our thriving resource here in ZiCC: tourism. Since only business would benefit from a SR9 project, I say let them pay all of the cost if they want it. In fact, we should charge them a huge impact fee just for letting them disrupt our lives while they do it. An “SR9 only” project would simply not benefit “the people who just live here” much at all. If I lived on SR9, I could get Internet service that is vastly superior to what I have now.

ONLY fiber to each and every property makes any sense at all to “the people who just live here”. That Stan is even considering anything else betrays a sort of “tunnel vision” that Stan really needs help to escape. Stan needs our advice. Let’s help him!

I started this website because it was clear to me that there were a lot of different “Springdales” and they weren’t communicating. I decided that wasn’t right.

Lincoln said, “A house divided against itself cannot stand.” Springdale has been that “house divided” in the past. Phillip Bimstein, my neighbor once removed, deserves credit for healing some of those divisions. You can read about it at: The Man Who Brought Civility Back to Town. But a lot of the divisions still remain. My background is computer software and, like the man with a hammer who thinks of every problem as a nail, I can see so clearly that a “public and accountable” Internet forum could do a lot more to heal those divisions. I’m also an engineer. Our approach to life is experimental. (Think you can fly? Jump off a cliff and find out. Wellllll …. design, build, and test a great parachute too.) So I built this website to see if it would actually do any good.

The results have been mixed.

On the plus side …

On the minus side …

“People who are ignorant of history are doomed to repeat it.”

I’m not ignorant of the historical fact, repeated over and over throughout history, that settled, comfortable people normally do not see the train coming that hits them. But I thought that if I clanged the bell enough, people might see the train coming. I was wrong. I know people have heard the bell. They tell me. They just don’t think it’s clanging for them … or they think the train is going to hit them anyway … or they think they’re not driving the bus … or something. In any case, the next train is going to hit us (we’re in this together).

I’m nothing if not persistent, but times change and so do people. In my case, I had the time to do this website because I had completed my most recent book (see: http://www.amazon.com/Pro-ASP-NET-4-5-Dan-Mabbutt/product-reviews/1430243538/). But, in a real surprise, my publisher contacted me and begged me to do some more work for them. (Really … I’ll show you the emails.) I know how this goes and it requires 14 hour days, seven days a week. The bottom line is that I just won’t have time to do this anymore.

I’ll leave the website up, but there won’t be any more meeting reports or book reviews. You won’t be treated to my iconoclastic, even obstreperous, pontification. You can use this website as a resource, however. The search box works great; and I think that some of the articles might have more than just temporary value. 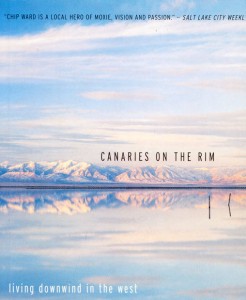 created so the people of the Zion Canyon Community (ZiCC people) would have a place to talk to each other, get answers, provide and find information … In a word: Communicate !

What is this site and why you should care …